How the California Marijuana Business Works. 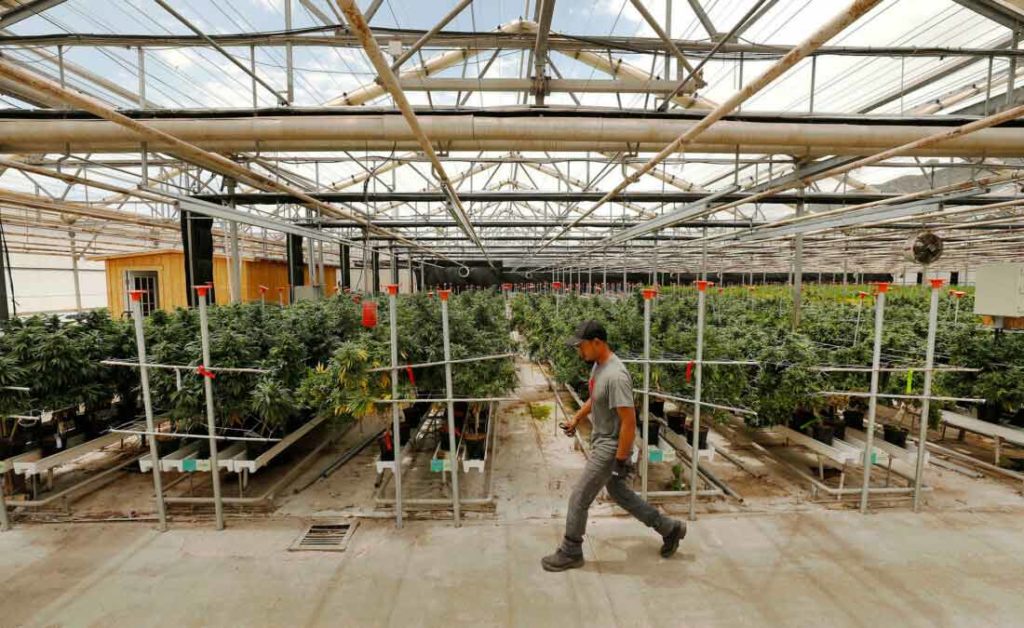 So, a little background. California is the first state in the United States of America to publicly speak about the need to legalize medical marijuana when it was found that the CBD and THC it contained helped not only relieve boredom, but also treat pain, stress, and even insomnia.

That is why, back in 1972, through a public vote, an active society tried to promote Proposition 19, also known as the California Marijuana Initiative (CMI), calling for the legalization of the circulation and use of marijuana.

The voters were very divided — 33.5% were in favor of legalization, and 66.5% of the votes were against it. The attempt … failed, and for the next 15 years, marijuana and the business built on it were banned.

The second attempt at legalization was made already in 1996, it was more successful. According to the results of an official survey, about 5 million people, of which 55.6% supported legalization. On November 5 of the same year, the Compassionate Use Act of 1996 was passed, and California became the first US state to legalize marijuana for medical purposes.

Then there was the legendary California Senate Bill 420, signed in 2003 by the Governor of California, Gray Davis. The law he passed formalized the right of people to receive medical marijuana treatment, and the right of doctors to officially prescribe and write prescriptions for it.

The new law served as the basis for the legal framework and state regulation of the recreation and sale of medical marijuana in the United States and came into complete legal contradiction with the federal legislation of the country (remember that in the United States, each state has its own and almost autonomous branches of government from the federal government), causing the following legal collision:

The US Federal Drug Enforcement Administration did not exclude marijuana from the list of drugs restricted to trafficking among citizens.

So far, the authorities of the State of California have legalized the sale and circulation of marijuana among citizens.

This has led to many amusing legal incidents. In 2008, police in Orange County, California, stopped driver Felix Kha from whom they found 8 grams of marijuana. They seized it, according to the official instructions of the police, which are based on federal statutes.

Felix went to court to prove his legal custody rights. And the court sided with him, recognizing his legal right to carry marijuana with him, and ordered the police to return the seized marijuana to him.

Even in 2018, this “hole in legislation” was still relevant.

A lot of politicians have used the theme during their election campaigns, promising to influence the curtailment of drug trafficking raids on the marijuana field in California.

They promised to completely exclude marijuana from federal regulation and “give” all the authority to do this to the state authorities.

And already from January 1, 2018, California became the largest US state in which the use of marijuana for recreational purposes was legalized. California’s residents voted to approve this law back in November 2016, and they did it simultaneously with the presidential elections in the United States.

The hottest topic of the economy. The marijuana industry in the United States is subject to some of the highest business taxes.

Marijuana sellers in California pay up to 70% of the turnover.

And that’s not counting the tax that every American consumer pays on purchases of such products — for marijuana and products made from it, this is about 20-30% of the purchase price.

As is typical of any new market, in the beginning, initially it has been the chaos of marijuana in California because metropolitan areas like San Francisco, Los Angeles, and San Diego immediately became the main sources of buyers and quickly increased their patient bases, but manufacturers did not keep up with the demand, which after legalization exceeded the offer several times. 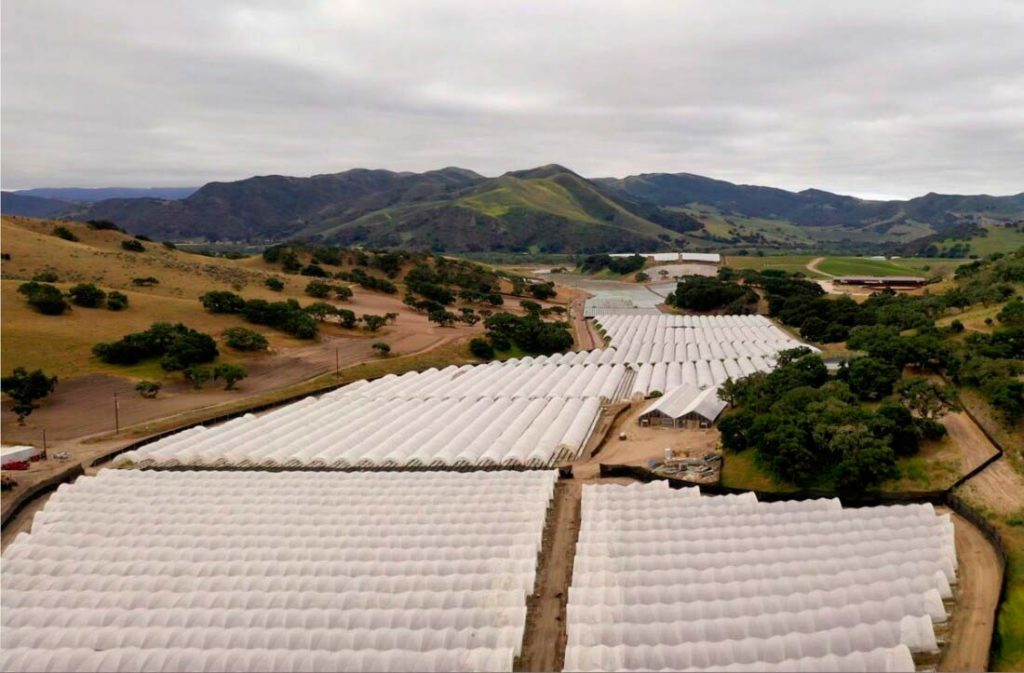 Cultivators chose districts remote from large cities and set up their farms and greenhouses on their territory. Many underground growers, who had previously grown in garages and basements, finally came out of the shadows and were able to show how much they mastered the art of cultivation to those around them. 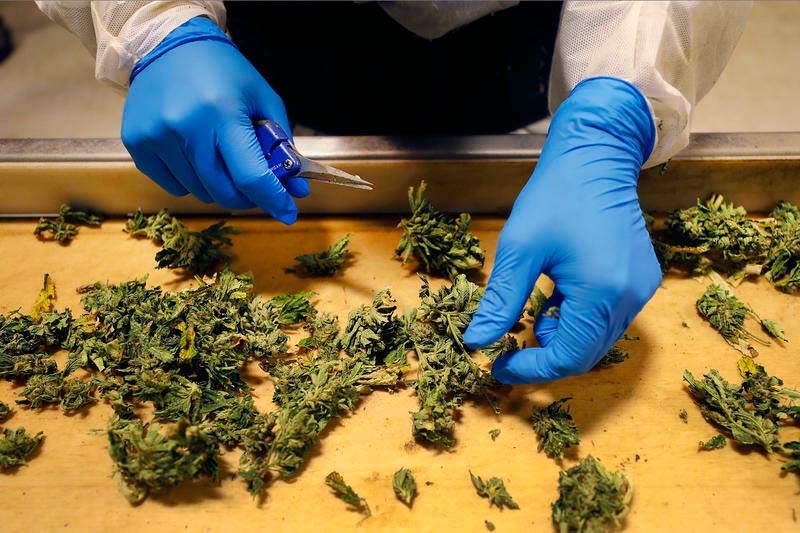 Who works in the California marijuana market?

The list of companies and startups in the cannabis industry is growing a lot. Here is just a small list of the most famous online projects from this industry:

WeedMap. The project started out as a simple map of California dispensaries. Recently it has become a marketplace.

Eaze. They sell and deliver all kinds of products. Pioneers and industry leaders.

PuffyDelivery. Eaze’s main competitor, but with a smaller delivery area.

Leaf. It began with being the Wikipedia of marijuana. Now it has additionally become a marketplace.

But these are all conditional intermediaries. The average farm has about 5,000 pots, maintained by a team of five to ten people. 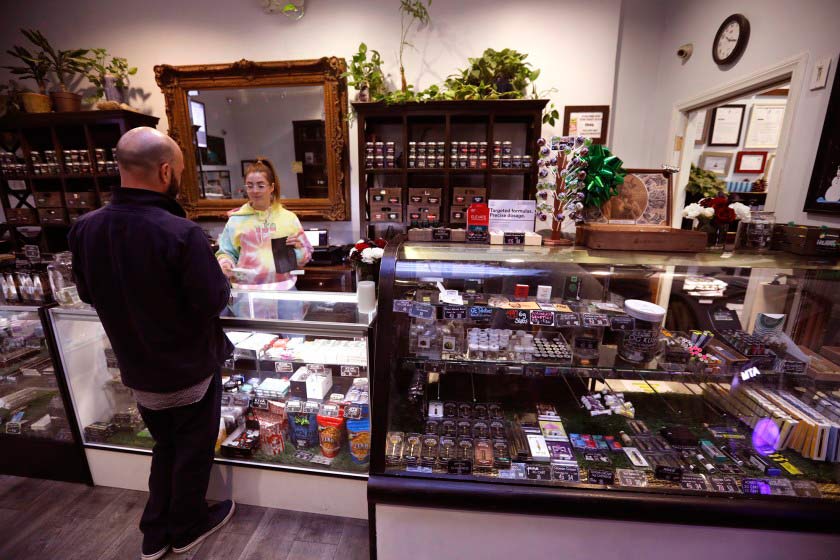 And this is without counting the business “around marijuana”, that is, manufacturers of devices for consumption and storage, as well as various event organizers and even entire marijuana tours.

What is presented on the shop windows

The cannabis culture has long stepped beyond ordinary plants. Manufacturers have learned how to extract CBD and THC extracts and add them to almost any product.

Where is the marijuana market going?

There, where all the markets go — to development and growth.

$50 billion is the projected turnover of the US marijuana market until 2026.

Thanks to state regulation, the market began to develop independently in several directions at once:

Of course, the legalization of marijuana has pushed scientists and researchers to a deeper and more free study of the properties of marijuana. I will not go into controversy, I will only say that CBD has a tangible effect on pain relief for patients with certain forms of cancer and post-traumatic stress disorder.

The methods of growing marijuana are being improved, specialized equipment and fertilizers are being developed that increase the properties and quality of the final product and the effects they have on the body.

Marketplaces, reviews, wikis, communities — the cannabis Internet sphere is developing at an equally frantic pace, and online projects that were previously in the “gray zone” are now legalized and have a legal opportunity to work and earn money.

So, we can conclude that things that seem impossible at first glance, with the proper desire and approach, become possible. And it was here that the state played a key role, which was able to regulate this industry and make it transparent and legal.

Moreover, the state did this in purely economic interests — in the first quarter of 2018 alone, the California budget was replenished by $60.9 million in tax deductions from all market participants.

This is a natural process of development of society, business, economy, and state. And this is correct when all three components are directly involved in this.