Virginia MEDICAL CARD
Get started
Get started
Get medical MJ Card
Follow us:
Recent posts: CBD For The Treatment Of Lung Diseases How CBD Influences Serotonin Hormone The Effect Of CBD For Acid Reflux Treatment Is CBD Effective For Menstrual Pain Relief? Cannabis Genetics In The Future
Get 15% Off on Medical Marijuana Card! Use Code DRREAD15 Learn more
Medical Marijuana Card / Blog / How-to-sober-up-from-weed-quickly

How to Sober Up From Weed Quickly

Even though no fatal cases of marijuana overdose have been recorded to date, this doesn’t mean that there is no dosage after which you can feel bad. Of course, the negative effects depend on the experience of smoking and psychophysiological features of a specific person using cannabis. The intensity of impact also depends on THC content in a specific sort of weed. However, any person can face overdose, so you need to know how to proceed in this case.

What is a marijuana overdose?

Cannabis overdose is a state that can be manifested in different forms. Firstly, it can cause physical discomfort – vertigo, sickness and a loss of concentration. Secondly, too high dose of marijuana can provoke a so-called “bad trip” – a mental state, in which a person feels anxiety, panic fear or other psycho-emotional states that bring discomfort. Cannabis overdose can also lead to the short-term loss of consciousness, but this happens very rarely. Below you will read how to deal with marijuana intoxication in minimum time.

How to quickly sober up from weed? 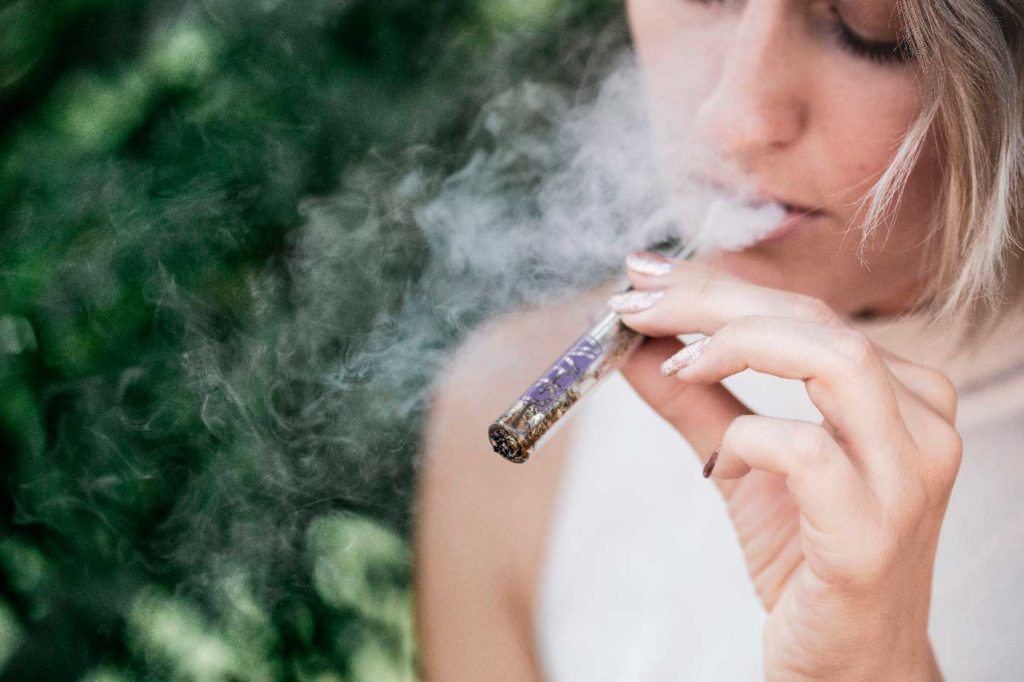 Here are a few easy ways to quickly get out of the state of cannabis intoxication:

Above we have described the ways to sober up and remove psychophysiological consequences of using cannabis. However, since many mean “sober look” by being sober, you should consider other aspects as well. The first thing that gives out a person smoking marijuana in you are red eyes. Therefore, if your goal is actually not to be sober but to look so, you should think about using special eye drops, which will relieve inflammation and mask your marijuana intoxication.

What you can’t do in case of marijuana intoxication?

There are lots of myths around the issue under discussion (namely, how to effectively bring a person out of the state of marijuana intoxication). Here is a small list of things you shouldn’t do in such situation:

Even if you are deeply intoxicated after taking an excessive dose of marijuana, don’t panic. Firstly, the effect of weed doesn’t last long, and already in a couple of hours you will be back to normal, no matter how hopeless you condition may seem to you now. Secondly, there are many ways of quick sobering up, which we have described above. Using them, you can get back to normal very fast or help your friend regain his/her consciousness.

How long does the sobering process take? Everything depends on the dosage taken and the individual characteristics of the body. But on average, taking intensive sobering measures allows to bring a person into a more or less normal state within 10-15 minutes.