What Is Wrong With Smoking Weed Around Kids?

Cannabis is legal for medical usage for patients of all ages who have a doctor’s recommendation under the California Medical Marijuana Act 1996, prop. 215.

This allows adults 21 and older to purchase medical cannabis and consume it for their purposes.

Using for medical purposes is not limited by age but teens under the age of 18 need special permission from parents to use medical marijuana.

However, it is necessary to figure out what are the effects of second-hand smoke on children, and what precautions should adults take to minimize health risks for minors.

In case if an adult purposefully smokes in the presence of a child, knowing about the possible effect of vapors on the child’s body, this can be considered by the court as deliberate harm to the child’s health.

The use of medical marijuana has questionable consequences for those involved in parenting.

Despite the increasing frequency of use by adults, parents are widely opposed to smoking marijuana around children and the passive inhalation of vapors by them. But they need facts and strategies to take precautions.

Here are the tips we are giving to the parents who consume marijuana for medical reasons:

At the moment, doctors do not fully understand the long-term effects of smoking weed around babies, as it has not been systematically studied and there are no research results.

But you should always keep in mind – the effects of second-hand smoke on children can be rather serious, and act accordingly. 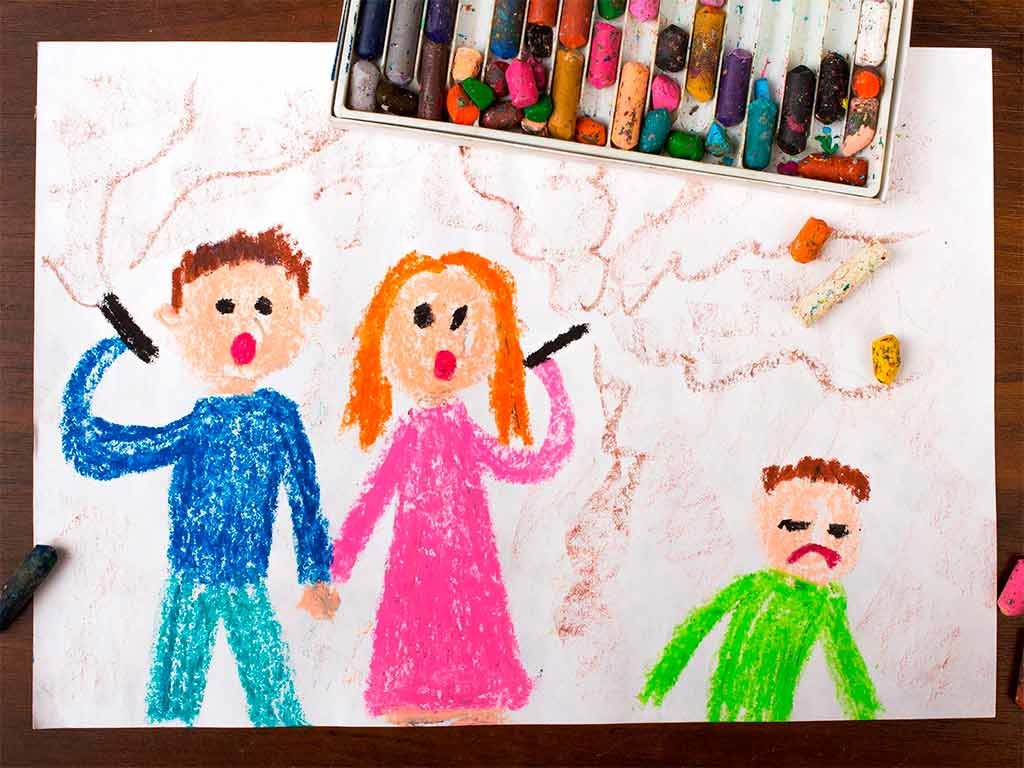 Why the appointment of a specialist is necessary.

Some patients diagnosed with psychological disorders may need to abstain from cannabis consumption.

For example, several studies have concluded that a genetic predisposition to psychosis can be exacerbated by using weed.

If a patient taking medical cannabis has a hereditary predisposition to psychosis developing, epilepsy, depression, the underlying risk doubles when the patient becomes a regular user.

The fact of hereditary disorders should be a reason for increased caution in the use of cannabis.

Studies have shown that women who used cannabis during pregnancy had an increased chance of developing fetal anemia and a decrease in baby’s birth weight. There has also been determined an increase in the frequency of placement of newborns in intensive care units after birth.

Case-control studies have also found links between different types of cancer among children when cannabis use has occurred during pregnancy, but there is insufficient evidence for causation.

Based on its research, the National Institutes of Health has provided recommendations on reducing the risks of cannabis implication. It detailed reports about the possible consequences and health effects of passive smokers. Including the effects of marijuana smoke on children.

We strongly recommend that you read this article, especially if you are someone involved in the parenting process: Read here.

“Pediatricians and other child advocates are concerned that legalization may increase exposures for children and teens, either intentional or accidental, as in Jasmine’s case. In 2015, the American Academy of Pediatrics updated its policy statement, which opposes the legalization of marijuana.

Between 2006 and 2013, the rate of children who were unintentionally exposed to marijuana and required a hospital visit increased 148 percent nationwide and 610 percent in states with legalized medical use, according to a recent report from researchers at UC Davis.

Research findings suggest that cannabis can be harmful to fetuses, kids, and adolescents. It alters brain development with a detrimental influence on brain structure and function.

However, all the effects are not utterly understood.

Ingested cannabis-based products (pills, capsules, liquid) eliminate the possibility of inhalation of vapors and secondhand weed smoke by those around. That can be an advantage factor to avoid smoking around kids in your environment.

However, there is a risk that “food” can reduce the fears of potential cannabis users, leading to more widespread use.

Other risks include delayed absorption in the digestive system. This leads to a delayed effect, and therefore reduces the ability of consumers to accurately adjust the dose of consumption.

All of this could lead to higher consumption than anticipated, which could also contribute to an increase in poisoning and hospitalizations.

Besides, cannabis-based edible products can also be accidentally swallowed by children. So serious treatment will be required. In these cases, children take “edible” marijuana (cakes, candy, marmalade, etc.) for regular food and eat it. Young children, especially under 12 years of age, are at higher risk depending on their size and weight.

Just because something is legal does not mean it is completely safe for everyone. And when we make decisions that involve risks, it is unfair to impose those risks on people around them, particularly kids, especially when they can suffer for the rest of their lives.