Is Marijuana A Depressant?

Marijuana has an effect similar to the depressant drugs owing to its chemical substances. Of course, the ways of marijuana intake, like vaping, eating, or smoking weed, should be taken into consideration. Moreover, don’t forget that other psychoactive effects can be observed, as well.

For now, marijuana is mainly used for recreational and individual purposes, due to its euphoric and mind-altering powers. Also, marijuana is used for medical purposes, given its benefits. The problem is that cannabis is one of the most abused drugs and a lot of research has to be conducted. One thing is for sure that it has many useful benefits besides a depressant effect.

Psychoactive effects are when any chemical substance affects perception, mood, behavior, and consciousness. These effects can be classified as follows:

You will be surprised, but weed demonstrates all three effects at once. Let’s see how it works.

Among many interesting chemicals found in cannabis, there are two major ingredients responsible for psychoactive and medicinal effects. They’re THC and CBD. The former is tetrahydrocannabinol. The latter is cannabidiol. These two have various effects on your central nervous system (CNS), causing both negative and positive effects.

THC interacts with our endogenous cannabinoid system, interrupting messaging between neurons. This is how it brings the “high” feeling, but also this is the way it helps with pain, anxiety, nausea, etc. CBD, vice versa, doesn’t interfere with the cannabinoid receptors in our body directly, but assists their normal functioning and, all the more, inhibits the negative effects of THC. 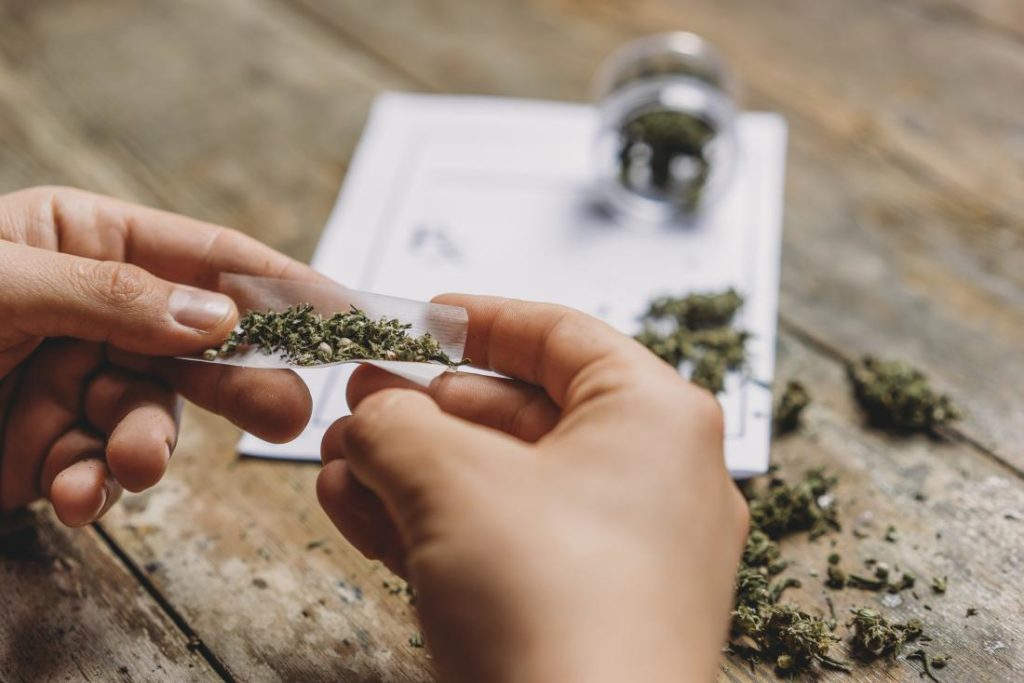 Given the chemistry and process it takes, there are different possible effects and outcomes. No need to talk here about the complex biochemical pathways, suffice it to say that THC affects the parts of the brain responsible for:

CBD in its turn helps the endocannabinoid system support natural balance in the brain and entire body. It also helps with the following conditions:

The list can be much longer, but you can see that marijuana can be harmful and useful at the same time.

Is Weed a Depressant?

Depressants, also known as “downers,” are drugs in different forms used to treat mental illness. Their main functions are to calm and relax a person with various mental conditions bothering them. So, these drugs are used to treat or, at least, to alleviate the following:

The way marijuana affects our body is quite similar to what depressants do:

Simply put, it slows us down, this is what we call being “stoned” after a good joint.

Is Marijuana a Stimulant?

Marijuana can work like stimulants as well. As the name suggests, the stimulants function oppositely as depressants. Also known as uppers, they increase energy and awareness of your body. Many illegal drugs, like amphetamine or cocaine, fall into this category. What they have in common with depressants is causing addiction.

But are stimulants used in medicine? They’re used to treat ADHD, a kind of hyperactivity disorder, and narcolepsy, a type of uncontrollable sleep. Marijuana, mainly due to THC, can cause euphoria, high alertness, and high energy. So, now, it’s clear that weed has a range of effects on the human body similar to stimulants:

Weed finds its own way for each of us, working differently in different people. For some it is a relaxant, for others — a stimulant

Is Marijuana a Hallucinogen?

Yet can it be like a hallucinogen? Hallucinogens are drugs causing a person to undergo reality distortion with auditory and visual hallucinations. Some well-known hallucinogens are LSD and PCP, these drugs are divided into two classes — classic and dissociative ones. So, how are these hallucinogens used in medicine? They treat:

The common effects of hallucinogens and cannabis include:

Yet, we cannot say that marijuana is a hallucinogen in a classic sense of the term. They have similar effects, but they occur rarely and usually are not observed in all users.

Interestingly, you can, to some extent, control the effects of marijuana. How your weed will affect you is a combination of several factors:

One simple advice — use it with care, and it will not do any harm.

Does Marijuana Cause Depression?

There is no evidenced data that correlates weed with depression. All we know for sure is that there are people who regularly smoke weed and have depression. Yet, we do not know if cannabis is the factor that leads to this mental malady. Some say that due to its toxicity weed can cause depression directly, affecting and damaging the brain. Others claim that marijuana is associated with depression and anxiety because its abuse leads to certain problems at work, school, and family. 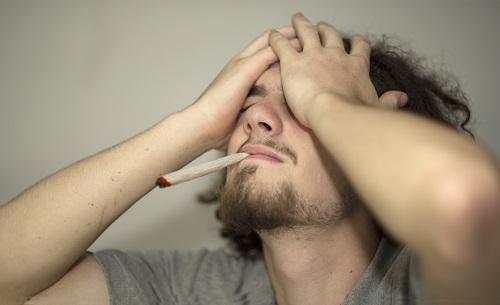 The other interesting question is “can weed treat depression?” Definitely, it’s hard to ignore that marijuana alleviates symptoms of depression. Moreover, recent experiments on animals show that both THC and CBD work as antidepressants. Here are the benefits of weed you may experience if use it properly:

As you can see, though it is not an FDA-approved antidepressant agent, cannabis can really help, and many users report that with weed they need less, if no at all, prescription drugs.

Very ambivalent in nature, marijuana can help and harm at the same time. It’s something that can be used to alleviate your stress and depression, but if not properly used, cause this severe mental ailment. Having read this article, you know that you should choose CBD-high marijuana that treats many health conditions without the adverse effects of THC. Also, you know that marijuana is a serious drug with multiple powerful actions, thus it has to be taken carefully. Choose the right dose and strain and consult your doctor, these are the simplest means to stay on the safe side when using medical marijuana.