Virginia MEDICAL CARD
Get started
Get started
Get medical MJ Card
Follow us:
Recent posts: CBD For The Treatment Of Lung Diseases How CBD Influences Serotonin Hormone The Effect Of CBD For Acid Reflux Treatment Is CBD Effective For Menstrual Pain Relief? Cannabis Genetics In The Future
Get 15% Off on Medical Marijuana Card! Use Code DRREAD15 Learn more
Medical Marijuana Card / Blog / Does-recreational-marijuana-have-advantages-over-medical-marijuana

Quite often, you can read in the press that somewhere medical or recreational cannabis was legalized. Is it the same thing, and how do these types of marijuana differ from each other?

Professional varietal selection of hemp began not so long ago – it actively started in the 90ies of the last century. Initially, breeders set themselves the task of increasing the level of THC to give marijuana the maximum psychoactive effect. The second goal was to improve the organoleptic properties of the herb taste and smell. Finally, it is its appearance. The drug selection began only with the discovery of the medical properties of cannabis and its CBD component (cannabidiol) in the 2000s. Then there was a division of cannabis into recreational (that is, with an emphasis on psychoactivity) and medical (having proven therapeutic properties).

The main difference between medical marijuana and recreational marijuana is, oddly enough, their legal status. If you want to purchase and use medical marijuana legally, you need a prescription from your doctor (different countries have different indications for the use of cannabis for medical purposes).

If you want to buy recreational marijuana, you only need an identity card so that the seller can make sure that the buyer is an adult. However, any of these methods of purchase will only work where marijuana is legalized to some extent. Some people also classify cannabis as recreational or medical, depending on the purpose and method of use. Consumers of recreational marijuana appreciate its psychoactive properties, seeking to get pleasure in the process of use. Patients are looking for, first of all, an effective drug that will allow them to relieve certain symptoms or cure the disease.

In most cases, the psychoactive properties of marijuana are even regarded as an undesirable side effect. Therefore, if medical varieties have an impact on the consciousness of consumers, they are very moderate.

What is the difference?

It is impossible to distinguish the medical-grade from recreational marijuana as a rough guess. The main thing is the level of CBD. Medical varieties are distinguished by their high content. However, recreational marijuana also has CBD, but its level is not so high – within a fraction of 1 percent, less often-two. However, in medical varieties, the level of CBD can reach 8 percent or more.

Actually, there is also THC in medical varieties, but in contrast to recreational hemp, it may not be so great. However, there are varieties of medical herbs that have a high level of THC. It all depends on the goals that the treatment pursues. Medical cannabis with a predominance of CBD and a minimum of THC is used to treat epilepsy and inflammation. It is also used when the patient does not need to be intoxicated at all (for example, patients among children and the elderly). However, a higher level of THC in medical marijuana is needed when the patient has problems sleeping or has mental disorders:

In addition, if we are talking about medical marijuana that is legally sold in pharmacies. For example, in some US States, such marijuana is usually grown, dried, and packaged in sterile conditions, and is thoroughly tested for the content of pesticides. In other words, we should treat it as a real medical product with its own rules and technology. Of course, official recreational grass is also monitored for quality, but the approach to it is less strict.

How do I know if this is a medical-grade of cannabis or a recreational one? 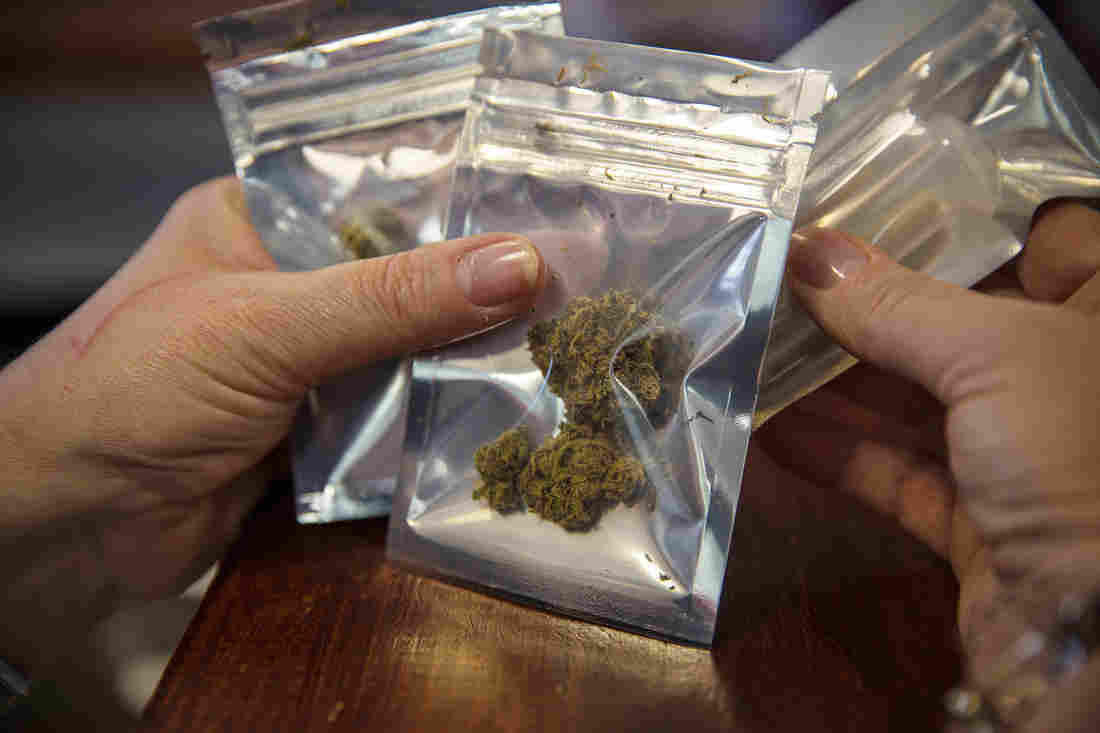 Medical cannabis is usually labeled with the word CBD in their name (although, it is not necessary). It also happens that this is not some new medical drug, but a classic variety improved to a medical level, in which the level of THC was cleaned with the help of selection, and the level of CBD was raised. For example, there is a variety of White Widow CBD. Basically, a classic White widow is not a medical one.

And there are varieties that are completely independent medical units. For example, we can mention the American Charlotte’s Web or the Israeli Cannatonic. You just have to examine the passport of the plant carefully. If the variety is medical, it will be indicated in the description or in the name of the variety. If not, it is enough to look at the level of CBD. More or less decent medical varieties of cannabis start with an index of 2% or higher.

What can be cured with medical cannabis?

First of all, you need to be aware that medical cannabis is not a panacea. The medical use of cannabis is just beginning on the part of official medicine, and the research goes on every week. This means that it is tedious to approach the issue as carefully as possible because, unlike countries where it is legal, you will not get a prescription from a doctor based on your diagnosis, analyses, hardware studies, and other objective data.

Therefore, as in the case of other self-medication, you risk either not getting a medical effect, or only aggravate your condition. For example, there are types of epilepsy that positively do not allow the use of cannabis, as follows from the data of the foreign press. In this regard, it is necessary to state that such a patient acts at his own risk. However, it also happens that there is absolutely nothing to lose.

For example, it may be so when it comes to end-stage cancer or other serious conditions. Do not forget that marijuana is often not a separate drug, but only complements the classic schemes. It may happen when the doctor prescribes antiviral drugs for flu, but also adds to the prescription of inhalation of medicinal herbs or decoctions based on them. But would you be able to cure your flu with just these herbs? Certainly, no. That’s exactly the same with marijuana.

There is data on the benefits of medical cannabis when:

If we talk about the relief of local symptoms of sores – it is the removal of pain, spasms, improved sleep and appetite, relief of depression, anxiety, and stress. The range of use of cannabis is very, very wide.

Do no harm yourself! 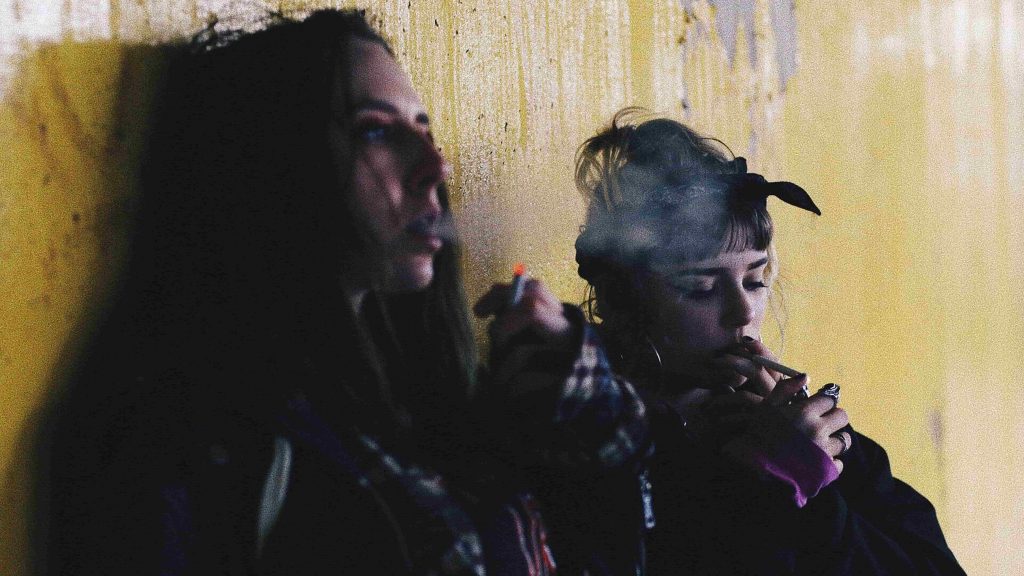 Only a doctor can determine the desired strain, and whether you can use it at all, the therapeutic dose and other nuances. However, there are no such doctors anywhere where medical marijuana is not legalized, and this is often a problem even in such countries. Sometimes the official medicine almost boycotts the use of cannabis: prescriptions are given by doctors reluctantly. This is not because of the doctors and their conservatism – there is not a lot of data from science, and doctors don’t know much – the information about medical cannabis is just beginning to be implemented in the training program of medical institutions.

The medical drugs based on CBD, such as Sativex, are only at the beginning of the development. Therefore, there are very few of them, it is difficult to find them, and only a few doctors are aware of them at all. It is both good and bad – a lot of scoundrels who have already mastered the production of a placebo, label it with beautiful words CBD and sell it as a cure for cancer and, in general, anything. The situation even prompted us authorities to ban businesses from using anti-cancer properties in CBD for marketing purposes. Now in the United States, it is a crime to indicate on the packaging or in advertising that the drug treats cancer if this is not the case.