Virginia MEDICAL CARD
Get started
Get started
Get medical MJ Card
Follow us:
Recent posts: CBD For The Treatment Of Lung Diseases How CBD Influences Serotonin Hormone The Effect Of CBD For Acid Reflux Treatment Is CBD Effective For Menstrual Pain Relief? Cannabis Genetics In The Future
Get 15% Off on Medical Marijuana Card! Use Code DRREAD15 Learn more
Medical Marijuana Card / Blog / Can-medical-marijuana-be-used-during-pregnancy

Can Medical Marijuana Be Used During Pregnancy? 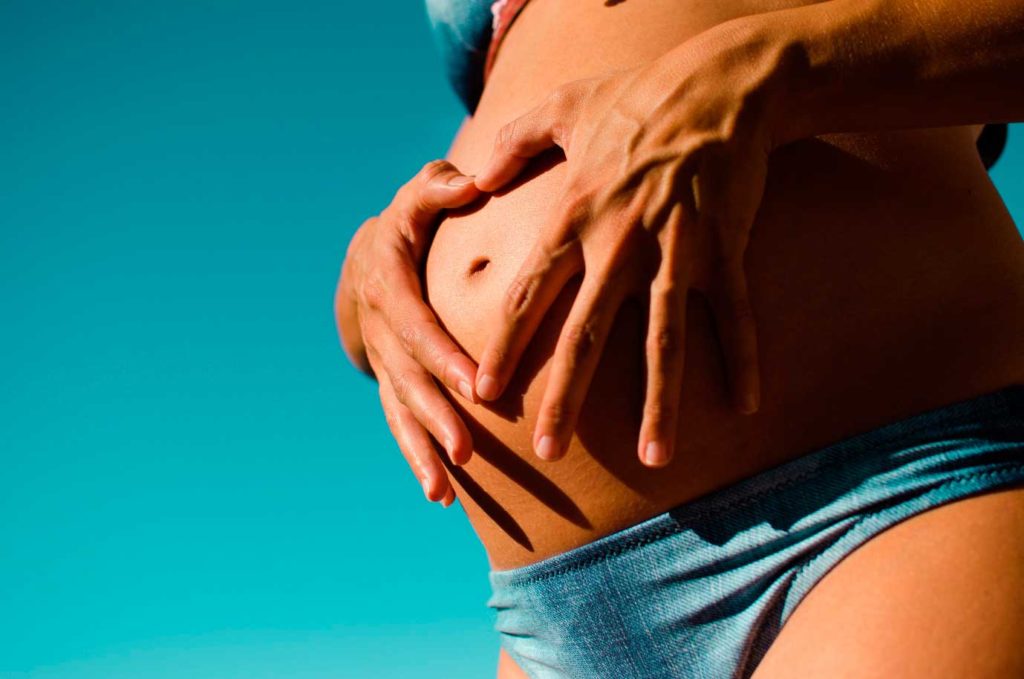 In recent years, due to the general popularization and liberalization of marijuana in American medicine, the research of the potential negative consequences of using marijuana during pregnancy became especially relevant. To date, a medical community tends to consider the systematic use of weed as a risk factor for such complications for the fetus as:

Medical practice proves that abuse of marijuana by pregnant women can inhibit fetal development. Systemic smoking or other use of cannabis significantly increases the risk of complications. Despite the fact that the majority of research on the effect of marijuana on pregnancy were conducted on animals, at the moment, scientists and medical specialists have a strong informed opinion – tetrahydrocannabinol (THC) can affect the child’s brain development. At the same time, the negative effect of cannabidiol, found in medicinal marijuana strains, is currently not confirmed. A perfect balance of CBD and THC in different marijuana strain could be the reason that that the results and research findings regarding the effect of cannabis on pregnancy are often opposite.

To date, no signs of withdrawal have been reported in infants born to mothers who systemically used marijuana. However, this doesn’t exclude other changes in the physical and mental development of the child, which are fixed only in the long term. Part of the scientific community claims that THC negatively affects the memory and attention of the child, whose mother used marijuana during pregnancy.

Cannabis strains with a high THC content (regardless of the way they are used- be it smoking, vaping or eating) can harm your child. Therefore, when prescribing marijuana to a pregnant woman, the doctor recommends medical CBD-containing marijuana strains, which will not pose a danger to the fetus or the mother. Particularly, in a number of American states, cannabis is prescribed to pregnant women to relieve intoxication and suppress nausea.

The control over the safe use of medical marijuana during pregnancy is complicated by the lack of standard dosages and recommended THC and CBD compositions. Therefore, pregnant women and those planning pregnancy should refuse from consuming weed until the child is born, unless its use is recommended as a part of therapy prescribed by the doctor. Prescribing medical marijuana to a pregnant woman, the attending physician must weigh the possible risks and assess a positive effect for the patient.

Anyway, you should consult a doctor before using marijuana.

Cannabis is also on the list of drugs of abuse that have been recognized by the American Academy of Pediatrics as dangerous to the breastfed child. Although there is no proven direct negative effect of marijuana during lactation, scientific literature has considered a long half-life of marijuana as a danger factor. Of the indirect negative consequences, pediatricians note that systematic use of cannabis can negatively affect the discipline of the mother in terms of feeding and caring for the baby. 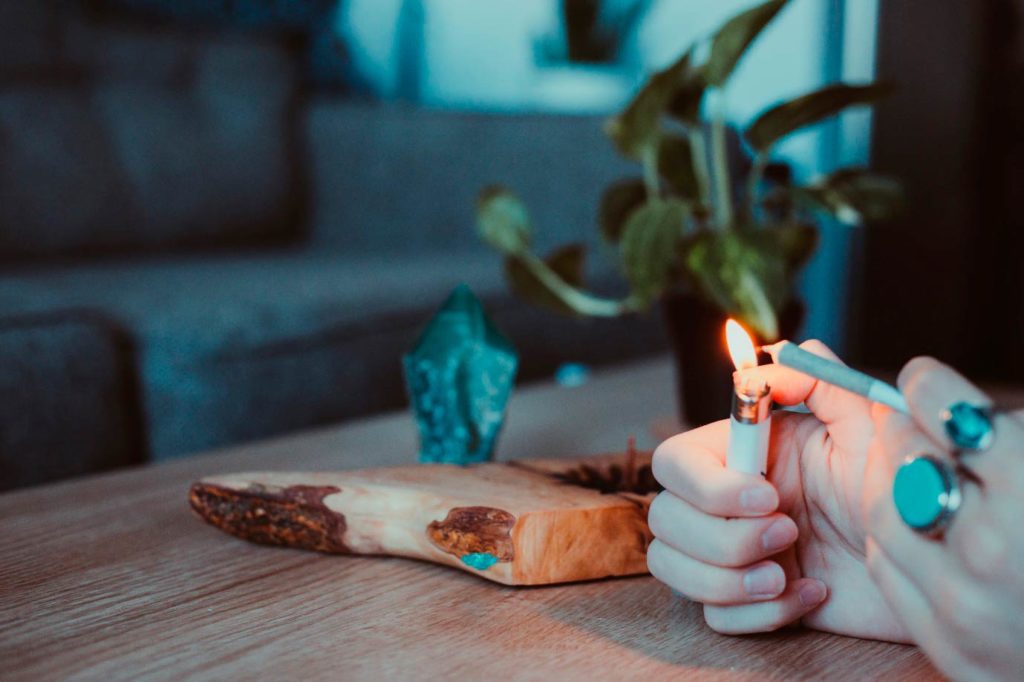 Until 2015, federal law significantly complicates the process of studying the effects of marijuana in controlled scientific experiments. And only the changes adopted by the Barack Obama’s administration made it possible to intensify the work in this direction. As a result, numerous studies and scientific publications have been presented, describing the possible harmful effects of weed.

Between 1978 and 2001, a large-scale study was conducted that monitored families of mothers who used weed for a long time. The study did not objectively reveal a direct relationship between the use of marijuana by the mother and the negative physiological consequences for children. As for the social consequences, there is no evidence that cannabinoid addiction was the cause of certain social consequences since similar consequences can be provoked by the use of nicotine, lack of a permanent job, incapacity for social adaptation and a number of other factors.

Unconfirmed findings, however, created a myth in society that weed can cause serious harm to the fetus and newborn. This, in turn, triggered a huge number of lawsuits against mothers who use cannabis, which was interpreted by the prosecution as child abuse. Nevertheless, information hype around this topic can be regarded as an artificial and lacking a serious scientific foundation.

Dr. Metz has conducted an interesting study to assess the effects of prenatal cannabis use on maternal and child health. The task of the survey was to identify the connection between the use of cannabis by the pregnant woman and a delayed intrauterine development of the child. The risks of stillbirth and premature birth were assessed as well.

According to the results of the study, it was revealed that:

The study “Astley and Little”, conducted in 1990, revealed a decrease in motor development of the children under the age of 1, whose mothers took weed. A similar study involving infants under the age of 1 who received THC and CBD through the breast milk did not notice changes in the psycho-motor development of the child. These largely contradictory conclusions prove once again that only a comprehensive practical use of marijuana in medicine and a strict control over the frequency/dosage of the drug can help sort things out. 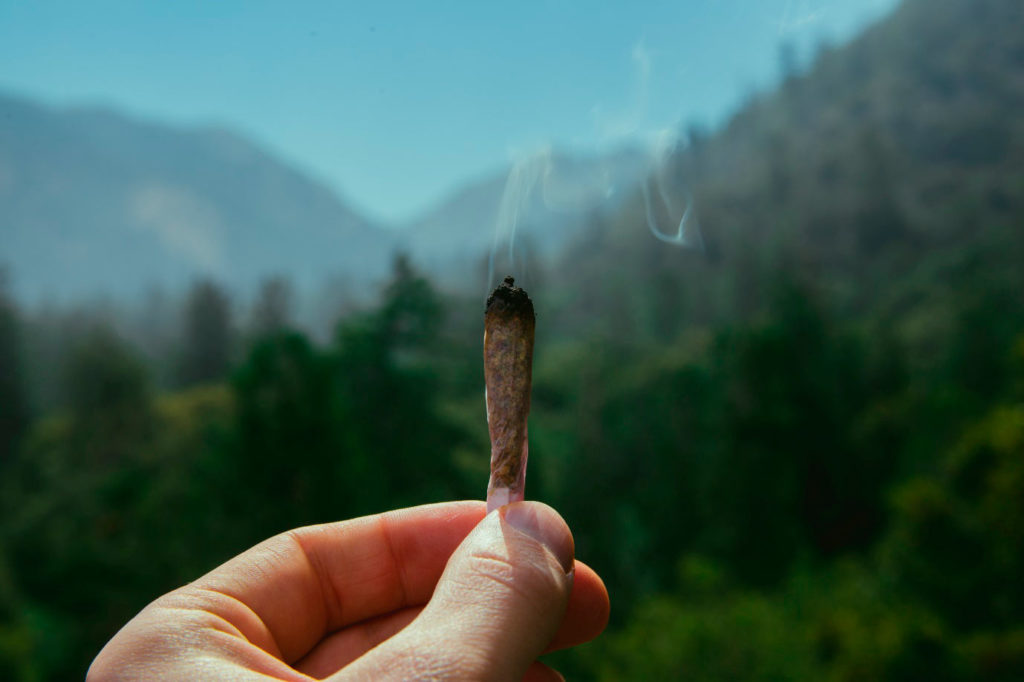 Smoking weed during pregnancy can be justified by the clinical necessity. That is the main trend in the western medicine, actively integrating marijuana with a high content of CBD into American healthcare practice. Despite dozens of studies conducted in the field of the effects of weed on pregnancy and child development, there is still not enough data to assess the risks of cannabis use. Therefore, American doctors have a balanced approach to the assessment of the possible adverse reactions for the child and positive therapeutic effect for the mother.

Marijuana is often the safest alternative in the line of drugs intended for the treatment of one or another pathology. Therefore, CBD-containing sorts of cannabis are freely prescribed to the pregnant patients as part of the treatment of a broad range of the well-known pathologies.